The Secret Circle of Suicide 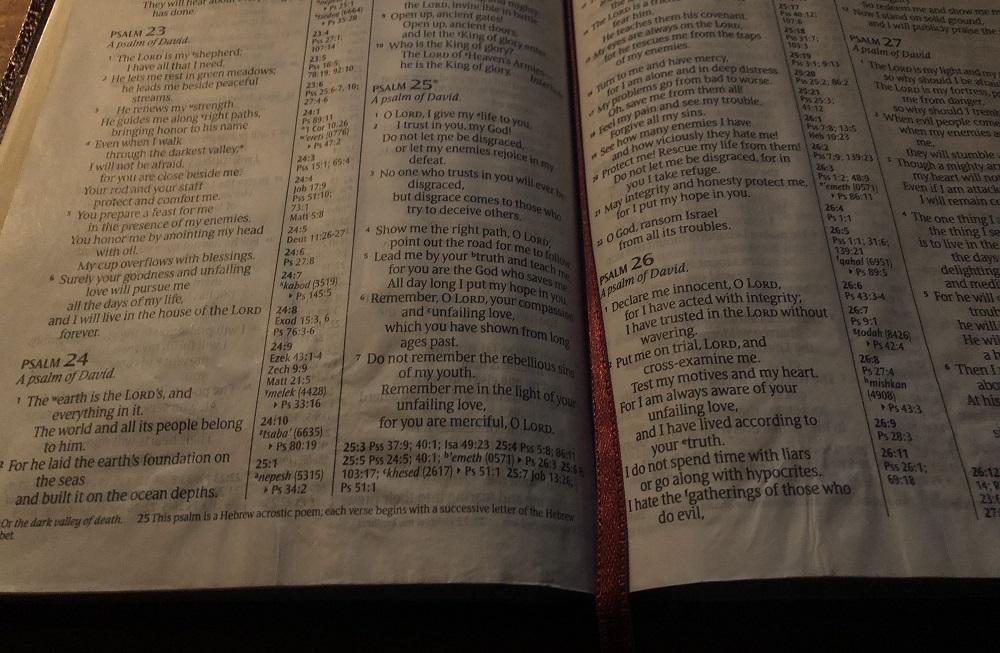 Content warning: This post is extremely personal, detailed, and will probably be upsetting and/or triggering for some.

I hate talking about this, and even though it’s been covered by the Blood of Jesus, I’m ashamed of it. And, on top of that, I wish I could say it’s all past tense. However, even as I write this now, it’s in the middle of the pain. But if it can have a hand in preventing even just one person from going through with it, I’ll tell this to anyone who will listen.

For much of my life, I’ve struggled with suicide.

This is my story, no holding back.

One final warning: I’m going into explicit detail on what went through my mind because far too many people don’t take it seriously enough.

When I was 15, I came within 12 hours of going out into the backyard, putting a gun in my mouth, and pulling the trigger. I had the note fully planned out and knew exactly what words I would leave behind. An apology for being weak. For not being enough.

Many times since I’ve pictured the scene: We have a big backyard, and I’d go into one of the clearings surrounded by trees. There, no one would see or hear anything, and the mess would be minimal, hidden, and easy to clean or hide. I’d put the gun in my mouth, touching my hard palate, and there’d be a bang as if a cork was popped off of a bottle. A small spray would pop out of the top of my head, I would do a small hop, and my body would crumple to the ground, dead before I hit the floor.

Blood would flow out of the hole in my mouth and nose like a sink faucet, and a small trail would snake its way down from my forehead. The blood would pool under me, and no one would know until they found the note in my room and starting searching the backyard. What they would find would be one last disappointment before they could start having a better life without the extra burden I brought. I also apologized for wasting the bullet.

The only thing was that it didn’t actually happen. The night before, God showed up with a single passage of scripture. It’s in no way a salvation or deliverance passage, but I’m sure you’ve heard it before:

The Lord is my shepherd; I have all that I need.

He lets me rest in green meadows; He leads me beside peaceful streams. He renews my strength. He guides me along right paths, bringing honor to His name. Even when I walk through the darkest valley, I will not be afraid, for You are close beside me. Your rod and Your staff protect and comfort me.

You prepare a feast for me in the presence of my enemies. You honor me by anointing my head with oil. My cup overflows with blessings. Surely Your goodness and unfailing love will pursue me all the days of my life, and I will live in the house of the Lord forever.

That night, God saved my life. And I still have that tear-soaked Bible from a full night of weeping to prove it. It’s actually what’s in the image at the start of this post.

The very first thing that happened when I woke up that morning would’ve driven me over the edge and I would not have seen the next night. Those few paragraphs above would’ve been reality. The only wrinkle in the plan was God.

Skip ahead four years. I’m 19 now, and I’m in college. The transition from high school is hard on everyone, but everything I had invested my life into was called into question. I was unsure of my major, my career path, my passion, my hopes, my dreams, and, to top it off, my faith. I was empty and alone.

I can take you back to the very spot and show you the very knife I put to my wrist as the tears fell. It was an abrupt moment; unplanned and even more pitiful than the first time.

I stood there with a kitchen knife hovering inches from my wrist, shaking and leaning against the kitchen counter to keep my legs from buckling. Everything burned, and there were enough tears to flood the room. I stood there for only God knows how long, periodically pulling the knife a little bit closer and then a little bit farther, teetering on the edge, ready to finally put an end to this miserable and wretched existence.

There was only one problem: I couldn’t do it. Something in me wouldn’t let me. It wasn’t the fear of Hell; in fact, let that come. It was fitting for a failure like me. I didn’t deserve to walk with God after every mistake I’d made.

Yet, I couldn’t do it. Because God was there and He was the one holding my hand back.

However, to this day, whenever I’m near a knife, I have to take a step back or put it back down for a minute because that urge comes back. Sometimes, it’s stronger than other times. Sometimes it aches for my wrist. Other times, my stomach. More than once for my neck.

February 2020. 25 years old. On and off again with several ideations over the years, but no actual attempts to speak of. Several notes planned and a couple actually written, but my body was never put in peril.

Until this particular Sunday on the way home from church.

On my ride home, one road is especially curvy with a lot of steep drop-offs. Out of nowhere, this overwhelming desire to drive off the road into one of those holes suffocated me.

So here’s what I did to fight it: I put my right hand on the left side of the steering wheel, sped up to about 70mph, and had the full intention to rip the wheel to the right.

There was only one problem: I didn’t do it. Instead, I white-knuckled the steering wheel with both hands the rest of the way home, fighting tears because I didn’t know if my parents would be home or not. My face gets really splotchy when I cry, so there’s no hiding it when it happens.

Now, every time I pass by that part of the road, I remember what I almost did. Sometimes, I thank God it didn’t happen. Other times, I wonder if I should try again.

The Scariest Part of It

I’ve told a quick summary of the first story (without the gory imagery) several times (because it’s been over 10 years since then). I’ve told the second story a small handful of times. I’ve only ever mentioned the third story one other time, and that was only to one person I trust.

This next part has never been shared with anyone before this. So congratulations. You get to see my darkest skeleton that I wanted to take to my grave.

It was January 2020, the time of new beginnings and resolve. However, for me, I spent the month making a painstakingly detailed list of every pro and con of ending of my life from a purely logical standpoint. There was no emotion in it whatsoever. It looked something like this (condensed for simplicity’s sake):

What makes this list so terrifying is that, while the questions sound emotional, there was no emotion at all in my mind while considering each of them one at a time, weighing both the pros and the cons in every scenario.

Most people view suicide as an emotional thing or as a crime of passion. Those who do it are just taking a permanent solution to a temporary problem. And, in many cases, that’s true.

However, in my case, it transcended that. It wasn’t emotional anymore; it wasn’t about finding relief. It was a deliberate, methodical, and logical decision heavily considered from every angle.

And, as horrifying as that sentiment is, sometimes I still go back to this list and feel nothing. Just weighing the facts and options.

And that’s the most terrifying place you can possibly be: when you’ve lost the ability to feel.

In Spite of Everything

Have you ever wanted to die? Then you and I are kindred spirits.

I know how much easier it is to give up. I know there’s solace in accepting that the best thing you can do for the people you care about is to just disappear. To stop being a burden on them.

Can I challenge you, though? Would that be okay?

Have you ever asked someone what they thought about you? Whether directly or anonymously? I think you’d be shocked by what they say, especially in an anonymous setting.

Their words may be hard to accept. You’ll probably think they’re lying to make you feel better. I know I felt that way. But at the same time, I couldn’t stop crying because of the tiny ember of hope that started to sputter in the downpour of my soul.

Accept it. Somehow, somewhere, someway, you are loved and wanted. Not needed, WANTED. Not for anything they can get out of you, but simply because it’s you.

And if you don’t believe me or if you truly don’t have anyone you can apply that to in your life, Jesus is here with a promise:

All that the Father gives Me will come to Me, and the one who comes to Me I will by no means cast out.

I know it’s hard. I know you want to lay down and die. But you can’t. Not yet. Jesus wants you to come to Him and allow Him to carry the load you’ve been buried under for far too long. He wants to pull you back onto the water like He did Peter in Matthew 14.

But you have to cry out to Him the same way Peter did: “Lord, save me!”

It may not come immediately (after all, I’ve openly admitted to still struggling with this), but if we’ll hold on, God has an appointed day and time for us to walk in total victory. In the meantime, we must never let go of His hand and trust that He knows what He’s doing and He meant it when He said He would never leave us nor forsake us.

Author: Joseph
Filed Under: Personal Life
The Circle of Providence
Dear 2021 Me,